Orson Welles: not a self-destructive failure 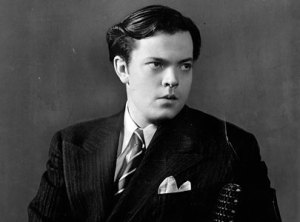 From Dennis Lim’s discussion of the new film “Me and Orson Welles” in the New York Times:

“In grappling with an artist who revolutionized every medium he worked in but spent his final decades as a Hollywood outcast and a pop-culture punch line, Welles’s biographers … differ on whether he was a radical genius who fell victim to a callous and conservative system or a self-destructive failure who squandered his abundant gifts.”

A more persuasive viewpoint is to see that Welles was a typical conceptual innovator, achieving his greatest work at a young age, then declining in accomplishments through the rest of his life.

For more on that insight into Welles, see David Galenson’s article “Age and Creativity” (PDF, 2006) in the Milken Institute Review.

Art historians have a problem telling the story of 20th century art.

The tale gets a running start from Post-Impressionism, picks up speed with Cubism, then jogs through Abstract Expressionism on its way to Pop Art and Conceptual Art, but the story line peters out somewhere after about 1980.

Then the thread of the narrative vanishes into a welter of conflicting styles.

Post-modern art “cultivates the variety of incoherence,” Jonathan Fineberg stated in the textbook “Art Since 1940.”

After the 1980s, the art world split into fragments that “disintegrated, becoming the sluggish mishmash that has prevailed in art ever since,” New Yorker art critic Peter Schjeldahl wrote.

Now along comes economist David Galenson to offer a remedy for art historians’ problem. His alternative version of 20th century art has a beginning, a middle and – not an end, but a narrative thread that continues up to the present.

Galenson’s comprehensive and data-based account of modern art, set forth in his new book Conceptual Revolutions in Twentieth-Century Art

might win acceptance from art critics and art historians.

But if so it would have to overcome their sharp distaste for how Galenson approaches the subject. He examines how the art market has influenced artists and their styles. He categorizes artists as either slow-moving experimental innovators or quick-changing — and now increasingly dominant — conceptual innovators. And he uses economic analysis to rank artists’ importance.

Each of those approaches yields insights into 20th century art, allowing for new understandings both of its early days and of its late “mishmash.”

Galenson’s history of the art market starts traditionally, in 1874, with the French Impressionists’ destruction of the Salon’s monopoly on acceptable art. Next comes Picasso’s cultivation of a handful of key gallery owners and art collectors who reward his stylistic innovations. Finally an open marketplace allows Andy Warhol and now Damien Hirst to grow rich by appealing to a mass audience.

The contemporary marketplace rewards the latest bright ideas from brilliant conceptual innovators, which leads to the proliferation of contemporary styles, Galenson says.

According to Galenson, who were the dominant artists during the last quarter of the 20th century? Perhaps not exactly whom you would guess, although Galenson’s numeric analysis is based simply on how often artists’ works appear in all art textbooks published from 2000 on. No. 1 is photographer Cindy Sherman, with 25 illustrations. She’s followed by Gerhard Richter, with 23; Jeff Koons, with 22; and Damien Hirst, just 19.

Galenson’s previous work has been scorned by art scholars, so he doesn’t try to win them over with honeyed words.

“I persevered in spite of their unfortunate lack of intellectual curiosity,” he writes. As a result, “I have learned fascinating things about modern art that art historians do not know.”

Perhaps they will be fascinated by this new book. More likely it will be greeted with silence.

In a New York Times op-ed piece, author Denis Dutton contrasts the relatively recent conceptual approach to art with ancient traditions of craftsmanship, which he admires.

Dutton’s thinking about conceptual-vs.-crafted artistry differs from David Galenson’s conceptual-vs.-experimental approach, but the two approaches have some similarities. Like Galenson, Dutton has an eye on the art market.

Galenson thinks that the success of conceptually innovative art is based on the structure of the modern art market, while Dutton expects conceptual art will lose its appeal. Dutton writes:

”The appreciation of contemporary conceptual art … on the other hand, depends not on immediately recognizable skill, but on how the work is situated in today’s intellectual zeitgeist. That’s why looking through the history of conceptual art after Duchamp reminds me of paging through old New Yorker cartoons.

Jokes about Cadillac tailfins and early fax machines were once amusing, and the same can be said of conceptual works like Piero Manzoni’s 1962 declaration that Earth was his art work, Joseph Kosuth’s 1965 “One and Three Chairs” (a chair, a photo of the chair and a definition of “chair”) or Mr. Hirst’s medicine cabinets.

Future generations, no longer engaged by our art “concepts” and unable to divine any special skill or emotional expression in the work, may lose interest in it as a medium for financial speculation and relegate it to the realm of historical curiosity.

Denis Dutton is a professor of the philosophy of art at the University of Canterbury in New Zealand. He wrote “The Art Instinct: Beauty, Pleasure and Human Evolution.”

Researchers at the University of Amsterdam have demonstrated that thinking about love gives a boost to conceptual innovators.

They found that thoughts of love, but not thoughts of sex, help people think more “globally,” making it easier to come up with new ideas.

The clever experiments demonstrated that love makes us think differently in that it triggers global processing, which in turn promotes creative thinking and interferes with analytic thinking.

Thinking about sex, however, has the opposite effect: it triggers local processing, which in turn promotes analytic thinking and interferes with creativity.

This is because love typically entails wishes and goals of prolonged attachment with a person, whereas sexual desire is typically focused on engaging in sexual activities in the “here and now”.

Does thinking about sex give a boost to experimental innovators? Perhaps, though the researchers didn’t tackle that subject.

Boom in elderly entrepreneurs, but of what type?

Today’s idea: The elderly — a drag on the economy? “The United States might be on the cusp of an entrepreneurship boom—not in spite of an aging population but because of it,” a report says.

Aging | “Contrary to popularly held assumptions, it turns out that over the past decade or so, the highest rate of entrepreneurial activity belongs to the 55–64 age group,” writes Dane Stangler of the pro-entrepreneurial Ewing Marion Kauffman Foundation. …

Excerpts from that Kauffman report:

I’d expect, but don’t know whether these older entrepreneurs follow the typical patterns of experimental innovators.

Stangler touches on the subject in a footnote that comes close to addressing the contrasting styles of younger conceptual innovators and older experimental innovators:

An acute concern among some readers may be that, as the population’s age distribution continues to shift, we will suffer from a dearth of innovative companies.

A counter-intution might be that an older worker’s experience — while possibly limiting his or her innovative thinking — might allow him or her a greater scope for innovation that challenges existing companies.

The article focuses primarily on experimental innovators, who tend to do their best work later in their careers. The piece is called “Late Bloomers: Why do we equate genius with precocity?”

Galenson’s idea that creativity can be divided into these types—conceptual and experimental—has a number of important implications. For example, we sometimes think of late bloomers as late starters. They don’t realize they’re good at something until they’re fifty, so of course they achieve late in life.

But that’s not quite right. Cézanne was painting almost as early as Picasso was. We also sometimes think of them as artists who are discovered late; the world is just slow to appreciate their gifts. In both cases, the assumption is that the prodigy and the late bloomer are fundamentally the same, and that late blooming is simply genius under conditions of market failure. What Galenson’s argument suggests is something else—that late bloomers bloom late because they simply aren’t much good until late in their careers.

Early in their careers, experimental innovators may be distinguishable from people who will never succeed, Gladwell says:

On the road to great achievement, the late bloomer will resemble a failure: while the late bloomer is revising and despairing and changing course and slashing canvases to ribbons after months or years, what he or she produces will look like the kind of thing produced by the artist who will never bloom at all.

Prodigies are easy. They advertise their genius from the get-go. Late bloomers are hard. They require forbearance and blind faith. (Let’s just be thankful that Cézanne didn’t have a guidance counsellor in high school who looked at his primitive sketches and told him to try accounting.)

Whenever we find a late bloomer, we can’t but wonder how many others like him or her we have thwarted because we prematurely judged their talents. But we also have to acccept that there’s nothing we can do about it. How can we ever know which of the failures will end up blooming?

This is the final lesson of the late bloomer: his or her success is highly contingent on the efforts of others.

There’s good reason to be optimistic about the departure of Bill Gates from his role atop Microsoft, and it’s not a mean-spirited one.

By focusing his attention on his charitable foundation, taking aiming at malaria, AIDS and poverty, he is putting himself in a position where he could once again achieve a dramatic breakthrough, as he once did in the computer world.

Gates is a conceptual innovator, a type of inventor who usually achieves the most at an early age. Gates, for example, founded the company that became Microsoft at age 19.

When conceptual innovators get older, they tend to get stale. But not if they switch to a new field of inquiry. When they start afresh in a new area, they can achieve new successes — much more so than if they stayed put. As the Arts of Innovation Web site states:

When you reach middle age, don’t worry if you find yourself in a mid-life crisis, because a mid-life shift could bring with it the potential for new breakthroughs in a new field. For mid-life role models, consider Benjamin Franklin, Walt Disney and David Hockney.

“To choose such formidable foes [as malaria and poverty] in the middle of your life takes bags of self-belief, but it is also pragmatic,” as The Economist notes.

That magazine’s recent article on “The Meaning of Bill Gates” describes a conceptual innovator who knows it’s time to move on:

“His genius was to understand what he needed and work out how to obtain it.”

“As with many great innovations, Mr Gates’s vision has come to seem so obvious that it is hard to imagine the world any other way. Yet, early on, he grasped … hings that were far from obvious at the time, and he grasped them more clearly and pursued them more fiercely than his rivals did.”

Now, perhaps like Disney, Morse, Franklin and Hockney, he can make new conceptual breakthroughs in his newly chosen field.